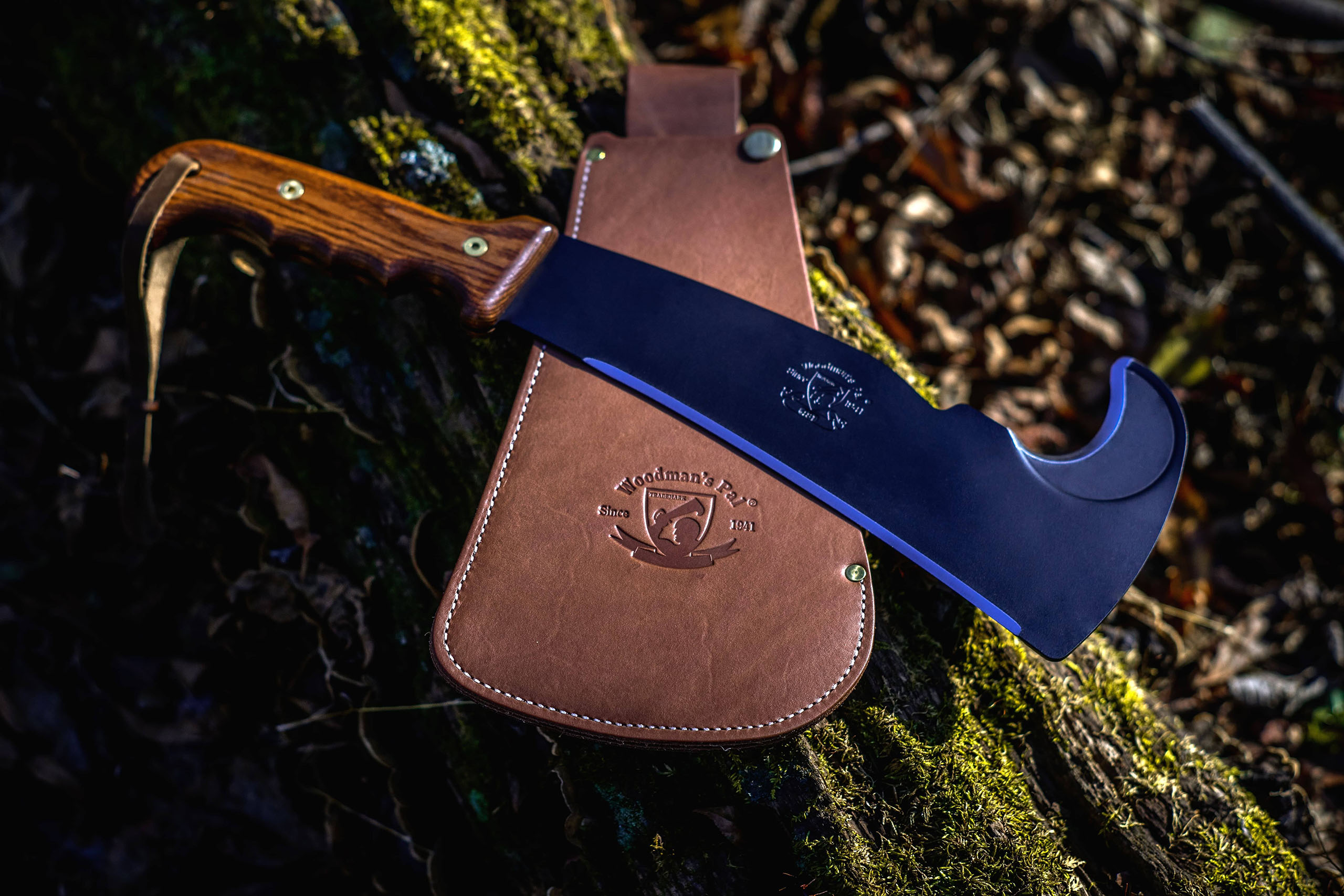 The History of Woodman’s Pal

The Woodman’s Pal has been an iconic American land management tool since 1941. The story began almost nine decades ago in the 1930s when Swiss National Frederick Ehrsam of Victor Tool Company settled in Pennsylvania. He was an experienced architect, artist, engineer, manufacturer, and woodsman.

Over the next ten years, Frederick Ehrsam used his skills to create a tool that eventually influenced modern forest and land management. Professionals in the field relied heavily on the machete for clearing brush and blazing trails. However, additional tools were also needed to thin, trim, chop, and prune. He saw the need for a single all-in-one device that could not only perform the task of each as well or better but could also eliminate drawbacks like awkward weight or bulk, lack of balance or versatility, and designs unsafe for the inexperienced user.

The Woodman’s Pal is a unique tool designed to combine the best characteristics of the ax and the machete that can clear brush like a machete and chop wood like an ax. The design was dubbed “The Woodman’s Pal.” Professionals in forestry, agriculture, and horticulture quickly recognized it as a historic achievement.

However, the new tool wasn’t just popular with civilians and didn’t go unnoticed by the U.S. Military. In military terms, the Woodman’s Pal, or “LC-14-B,” was a standard issue for clearing land from the early part of World War II through Desert Storm. G.I.’s and the U.S. Army Signal Corp. relied heavily on the Woodman’s Pal for land clearing operations. During the Vietnam War, The Woodman’s Pal was designated the “Survival Tool, Type IV” and issued aircrew survival kits. To this day, it is still used by military servicemen and women.

Proudly Made in the USA

Today, Woodman’s Pal is family-owned and -operated and continues to be handcrafted in Pennsylvania with only the finest American-made raw materials. The tool is still praised by each new generation of forest and land managers, state and U.S. Forestry departments, surveyors, campers, hikers, hunters, soldiers, handypersons, scouts, fishermen and women, gardeners, and outdoor enthusiasts everywhere.

Little has changed about its historic tool design since its inception in 1941. Modern updates have been made to the blade, handle, and leather sheath while keeping the tool to traditional Mil-Spec. Lightweight, compact, and perfectly balanced, you will never find a tool of higher quality and more comfort than the Woodman’s Pal.

This single implement serves the purpose of various brush tools. Due to its lightweight, balanced, and compact design, The Woodman’s Pal performs a range of outdoor activities from clearing brush and blazing trails to trimming, thinning, chopping, and pruning.

The Woodman’s Pal is a unique outdoor tool that has been and continues to be 100% made in Pennsylvania, making it a superb USA-made gift that can be given with pride and even custom engraved to make it even more meaningful.

Today, users of the Woodman’s Pal continue to praise its versatility and effectiveness. The tool is still used by outdoorsmen and women, from forest managers to gardeners, from hikers and campers to surveyors, from hunters and fishermen and women to soldiers, and from handypersons to scouts.

As all-American as there is, Woodman’s Pal tools are formed from the highest-grade American steel, melded with the best American ash wood. Enthusiastic Pennsylvania artisans do all manufacturing of The Woodman’s Pal. Their precision and attention to detail are proof of their commitment to our USA Pride.